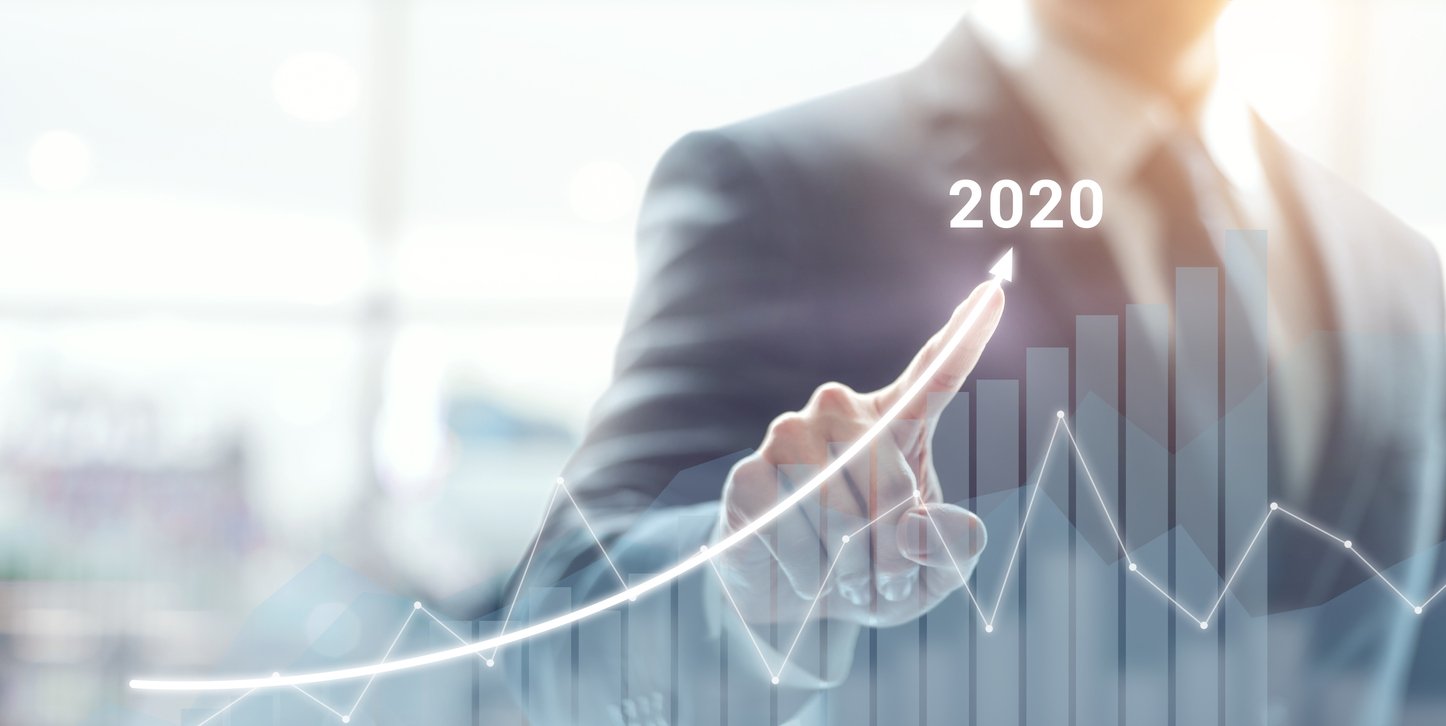 While it is easy to be caught in short-term political and economic volatility, as real asset investors we prefer to think in broader sweeps. And nothing helps focus on the long-term like the turn of a decade. Ten years ago, the world was a different place and ten years hence it will further evolve. While decade-long predictions have low accuracy, obvious trends and shifts can be surfaced to understand how the investing environment will evolve. For instance, one could argue that the first year of the last decade – 2010 – actually set in motion the macro environment we lived in through the decade.

At the beginning of 2010, the US was in recovery from the deepest financial crisis in decades and President Obama had historically high approval ratings. By the end of the year, he had signed a new regime for regulating the financial sector and lost control of the House of Representatives due to the insurgent Tea Party Republicans - a precursor to the force that would bring Donald Trump to power. At the beginning of the year, Gordon Brown asserted his UK premiership was stable; by year’s end David Cameron would be leading the first coalition government in decades, under pressure from a bevy of euroskeptic colleagues amid an unfolding eurozone crisis. China’s Vice-President Xi Jinping was appointed to a key military post foreshadowing his rise to power, while Google pulled out of China the same year. A second round of Quantitative Easing was unveiled by the US Federal Reserve, making it clear that central banks would take a heavy continuing hand in supporting asset price recovery from the global financial crisis.

Below we highlight trends that build a strong case for real asset attractiveness heading into the new year and next decade.

As the world shifts from a post-World War II global order based on Western-led integration, countries like China will attempt to shape global outcomes to its preference while others like Russia may be content to play a spoiler role over a larger conceptualization of its sphere of influence. What’s certain is that the erosion of institutions like the World Trade Organization and IMF relative to emerging and regional bodies means the global crisis reaction function is shifting. For instance, market gyrations around the latest turmoil between the US and Iran underscore the volatility that ensues when bodies like United Nations are no longer looked to for resolution of disputes – and cross-cutting interests calls into question the roles that entities like NATO play.

While investors have yet to experience the impact of such shifts, they will during the next downturn or economic crisis when coordinated global action is much harder to come by and the rules of the game are muddier. Even where countries go it alone to respond to economic turmoil, deeper partisan divides risk making such responses harder-fought and less dependable than in past cycles.

As a result, long-term investments in hard assets that have resiliency through more dependable intrinsic value will be a prudent element of the asset mix going forward as a hedge for when the economic tide turns and politicians stand by paralyzed – letting the negative cycle play out.

Moreover, a decade of social-media heavy political campaigns imply that voters will increasingly be baited to select soundbyte-heavy leaders rather than those that have the ability to navigate complexity. Coming years will see the continued wind down of extraordinary monetary policy that has been in place since the financial crisis and which central banks are tempted to maintain for the foreseeable future. The risk of stoking an inflation that politicians lack the political mandate or will to tame through tough policy shifts imply prudent consideration of the role real assets should play in portfolio construction.

While financial markets have shrugged off a tremendous amount of geopolitical noise in recent years, political risk met market reality with the US-China trade war. 2020 will bring a reprieve from the depths of Trump’s tariff tantrum, but the structural fact is that the US and China are in a cycle of distrust and disconnection. The removal of tariffs over the course of the year is good news for global growth, but is not the whole story.

The narrative that will matter over the course of the next decade is about how the US and China are creating independent technology supply chains, which will lead to a reconfiguration of global production networks, as well as a partial divorce of financial interdependence. This will manifest in forgone cross-border investment between the two countries, which may bode well for third countries that position to receive that investment. For instance, we’d expect to see increased appetite for UK real estate by Chinese investors rather than the US – a trend which has been underway since BREXIT knocked back the pound in 2016. And we’d expect increasingly muted appetited for US Treasuries from China.

A cloud of uncertainty will be lifted in 2020 on the developed world. US voters will go to the polls and clarify if impeached President Donald Trump will receive another four years or whether the populist pendulum will swing back toward a Democratic government that will look to raise taxes and tighten regulation. Clarity – rather than trying to forecast the outcome in advance – is what markets eagerly await because the range of policy outcomes from 2020 hustings are so wide. As the political cycle heats up, there will be opportunities to invest decisively while others wait on the sidelines. For instance, both a Democratic administration and the current Trump administration favor domestic infrastructure investment, with opportunities to position for that today.

The UK will also come out from under a cloud of uncertainty as Boris Johnson sits atop a sizable majority that almost certainly will deliver BREXIT over the course of the year, with the broad contours of a future UK-EU relationship outlined if not enacted. The role the UK will play in the global economy for the next decade will thus come into focus in coming months, with Johnson shifting then to a broader domestic agenda which also includes big infrastructure investment particularly in the north of England.

Clarity doesn’t mean that both countries will address all their issues. While both the US and UK have unemployment rates under 4%, stagnant wage growth, the next leg of technological unemployment, and demographic burdens on the healthcare system will create complex policy challenges that few politicians can readily address. Untamed, the flames of populism will be fanned by the next generation of political leaders.

As much as the global financial crisis flushed out the value of marginal real estate plays, the core value drivers of prime real estate have remained stable. The next decade will extend a host of structural shifts – to how the world works, ages, pollutes and urbanizes – which may challenge the definition of prime.

WeWork’s 2019 woes made clear that there’s no consensus on what business model will drive sustainable value for locating the workers of the future. However, it is clear that new economy companies and workers will increasingly value co-location in cities with strong start-up ecosystems – and value the flexibility to move as and when they see fit. Such workers will be content living in smaller urban spaces when required to be near work – but will also value the ability to be located thousands of miles away when offered the opportunity to telecommute. Thus, the definition of hot cities and prime zones are ripe to shift, with cities in furious competition to win the talent of the future.

“The next decade will extend a host of structural shifts – to how the world works, ages, pollutes and urbanizes – which may challenge the definition of prime.”

The lack of global consensus on tackling climate change distracts from the fact that countries will increasingly incentivize “greenifying” existing real estate, which will create durable value by appealing to tastes of the rising generation.

And, as Western country health systems struggle to keep up with ageing populations, the traditional distribution of retirement spending between housing and healthcare will recalibrate. This will provide opportunities to for new housing products that recognize these budgetary constraints and integrate health and housing services in new ways.

The coming year will be critical for understanding how the next decade will unfold. This is even more true because clarity from a host of political cycles will align with a set of structural changes that market participants are increasingly recognizing and pricing. From our point of view, this underscores careful consideration of hard assets like clean energy plays, transportation infrastructure, new model office and retirement real estate, and agricultural opportunities. 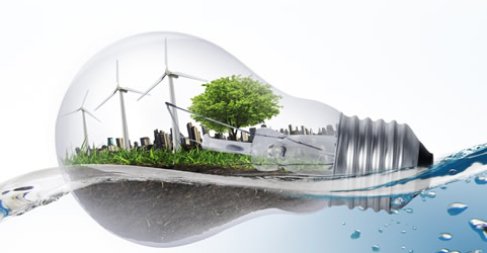