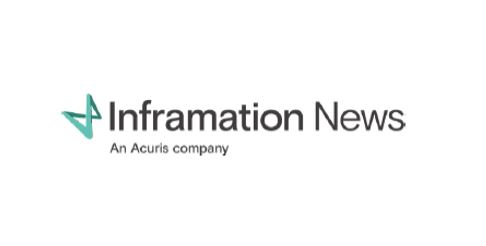 According to the Pythagoreans, the number eight, or ‘Ogdoad’, symbolized something holy, harmonious, balanced and all powerful. Somehow, centuries later in 2020, that number has sustained as an aspirational –albeit fairly standard – hurdle rate for LPs and their infrastructure fund investments, regardless of a current environment of compressed returns, low interest rates and occasionally questionable fundamentals.

Finding innovative ways to provide investors higher returns, even at zero or below market standard management fees, is a tale of wizardry in an ever-competitive fundraising market.

Continuing the spirit of all things eight, had Stavros Siokos and Teresa Farmaki, founders of co-investment platform Astarte Capital Partners, picked up a fortune-telling Magic 8 Ball in 2017 and asked the bubbling perspex clairvoyant ‘Will seeding operational and emerging GPs in the infrastructure space be something LPs can get on board with?’, with a glimpse of foresight, the response would have been: “Signs point to Yes”.

But not before experiencing a few trials along the way.

Farmaki was the former CIO and co-leader of private equity at Athens-headquartered Piraeus Group, where she worked alongside Siokos, who was head of asset management.

With an impressive combined rolodex, the duo and a growing team of hedge fund, asset management and infrastructure executives, started to raise capital for a USD 200m Alternative Assets Specialist Fund, which by September 2017 was halfway towards reaching the total and sizing up infrastructure assets and luxury retirement homes, with a focus on London, Switzerland and Barcelona.

Two months later, Astarte hired Ireland-based DMS for alternative investment fund manager and distribution services, preparing for the 1Q18 launch of the USD 200m fund. Just a day after the DMS link-up was announced, Astarte was shortlisted in the category of “Most Innovative Manager” at the Institutional Asset Management Awards 2017 in New York.

That fund did not pan out as planned, for reasons not explained. Could it have been the fee model? The skill set with the team at the time? Or were LPs looking for something less vanilla? Keeping persistent, Astarte’s original team, which also included former headline grabbing hedge fund trader Spiros Skordos, went back to the drawing board to come up with something a little more unique:  Astarte Special Opportunities Platform  (ASOP).

The platform would allow Astarte to place and grow operational teams, effectively creating a new generation of GPs in the real assets and infrastructure space. The partners would bring their specialist know-how, offering under-the-radar investment opportunities, and Astarte would bring their institutional LP contacts, related reporting standards, fundraising and discretionary fund investment experience.

One  of  the  only  challenges  potentially  faced  here,  according  to  a  legal  source  familiar  with  the  fundraising  environment of  the  time,  was  non-commercial  –  such  as  procedural  Known  Your  Customer  (KYC)  checks,  which  can  derail  or  delay a deal for an LP to participate.

But according to Farmaki, Astarte’s large database of investors also comes with a pre-existing understanding of which investors are investing in what, giving the platform “a targeted process.”

At the time of writing, the discretionary GP seed fund (ASOP) is days away from reaching a hard cap of between USD 200m and USD 250m.

Over the next three years, Astarte wants to seed three or more co-GPs via ASOP. Astarte will be a co-GP with each partnership and take part in the fundraising. Each fund is targeting approximately USD 400m fundraising.

For each new fund raised, 10% of ASOP’s AUM will be allocated to a co-GP partnership. The remaining capital raised will be positioned in a co-investment vehicle to be invested in between eight and 10 portfolio investments led by the coLP partnership.

In a recent interview with  Inframation, Siokos said Astarte is targeting a net IRR return of 20% and a net multiple on invested capital of 2.6x for investors.

The sweetener? Those investing in the co-GP seed discretionary ASOP will pay no management fees.

“The other unique element is how we compensate,” says Farmaki.

“On the discretionary side, we give LPs discretionary fund ownership of the GP stakes we structure whereby the JV is under the fund, not outside as the manager.”

“The GP economics they make, including the management fees, carried interest, anything that comes with this, including goodwill – as there is a big market for GP stakes – all of that is owned by the fund and the investors reap the benefits. This in addition to returns they intend to make on the asset side,” she adds.

For those LPs not yet internally prepared for a co-GP commitment, they are welcome to co-invest alongside them in one or even several to-be-launched co-investment funds targeting natural resources (a South American forestry fund is soon to be launched), transport, and future core infrastructure. Co-investors not invested in the discretionary co-GP vehicle will, however, pay fees typical of private equity models – such as 1.5%-2% and 20%, benchmarked to the asset class.

Victim of own success?

Among LPs, change has been brewing over fees in the alternative assets space, and infrastructure is also in the line of f ire. In many ways, infrastructure, for all its popularity, might now be a victim of its own success.

The search for stable returns and recurring yield in a low interest rate environment has prompted investors over the past decade, and especially in the last three years, to steadily increase their allocations to the infrastructure asset class, with a record amount of USD 460bn in assets under management, around four times more than ten years ago, according to Partners Group’s Outlook 2020 report.

According to Roberto Cagnati, Co-Head Portfolio Management at Partners Group, any deviation from the current mix of fundamentals, low discount rates and high valuations could lead to a “pronounced correction in asset prices.”

Some LPs are now getting nervous about GPs even hitting hurdle rates.

A handful of better performing funds are managing to push down the hurdle rate from 8% down to 7% or even 6%, with the carry percentage less than 20%, says James Wardlaw, Vice-Chairman of Infrastructure at placement agent Campbell Lutyens.

And it does not help when financial reports of mega funds are recording significant increases in management fee revenues, while performance fee revenues are in some cases going in the opposite direction.

Timing could finally be on Astarte’s side with its ASOP proposition on fees and projected higher returns in future core infra. Despite the challenges and growing pains it has overcome, and will undoubtedly endure as a specialised operator, there must be a shared sense of pride among the team knowing that they could be instrumental in creating a new way of thinking about infrastructure investment.